Catena Zapata, Argentina’s most awarded winery, was founded in 1902 by Nicola Catena, an Italian immigrant. The family winery is known for its pioneering role in resurrecting Malbec and discovering extreme high-altitude terroirs in the Andean foothills of Mendoza. The family’s Adrianna Vineyard is the first vineyard in South America to receive 100 points from Robert Parker Wine Advocate along with perfect scores from James Suckling and Falstaff. Catena Zapata was named the No. 1 World’s Most Admired Wine Brand of 2020 by Drinks International magazine.

For over 100 years, four generations of the Catena family have shaped the future of Argentina’s oldest winery still in family hands. Each generation played their part: Nicola, the founder, sailed from Le Marche, Italy to the New World in 1898 to fulfill his dream of planting a Malbec vineyard. His son, Domingo Vicente Catena, was called “The Master Blender” for his ability to make delicious red blends from Uco Valley grapes. 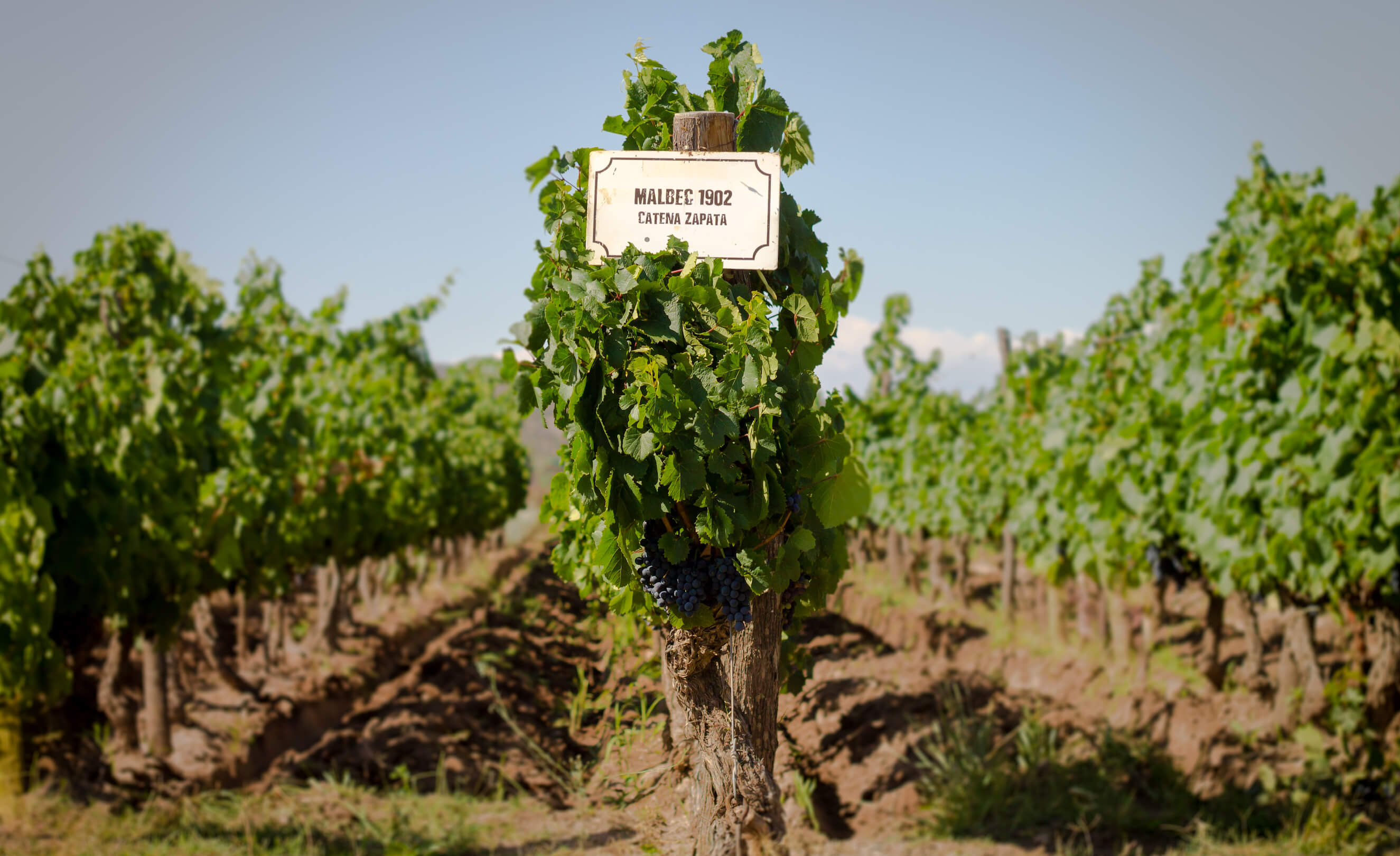 The family winery reached new heights with third-generation vintner, Nicolás Catena Zapata. A PhD in Economics with studies at Columbia University, Nicolás revolutionized Argentine wine in the 1980s, aspiring to make wines that could stand with the best in the world. A pioneer and visionary of the wine world, Nicolás explored the limits of viticulture at extreme heights and spearheaded the renaissance of Malbec, a 2,000-year-old French grape variety that had been almost completely forgotten.

For his role in pioneering high-altitude viticulture in Argentina and elevating the Malbec grape, Nicolás became the first South American to be awarded the prestigious Decanter Man of the Year (2009) and Wine Spectator’s Distinguished Service Award (2012). In 2011 he received a Lifetime Achievement Award from German magazine Der Feinschmecker, and in 2017, Argentina’s Ministry of Tourism honored Nicolás with a Marca País Award, the country’s greatest honor, for his efforts to bring Argentine wine to the front of the world stage. 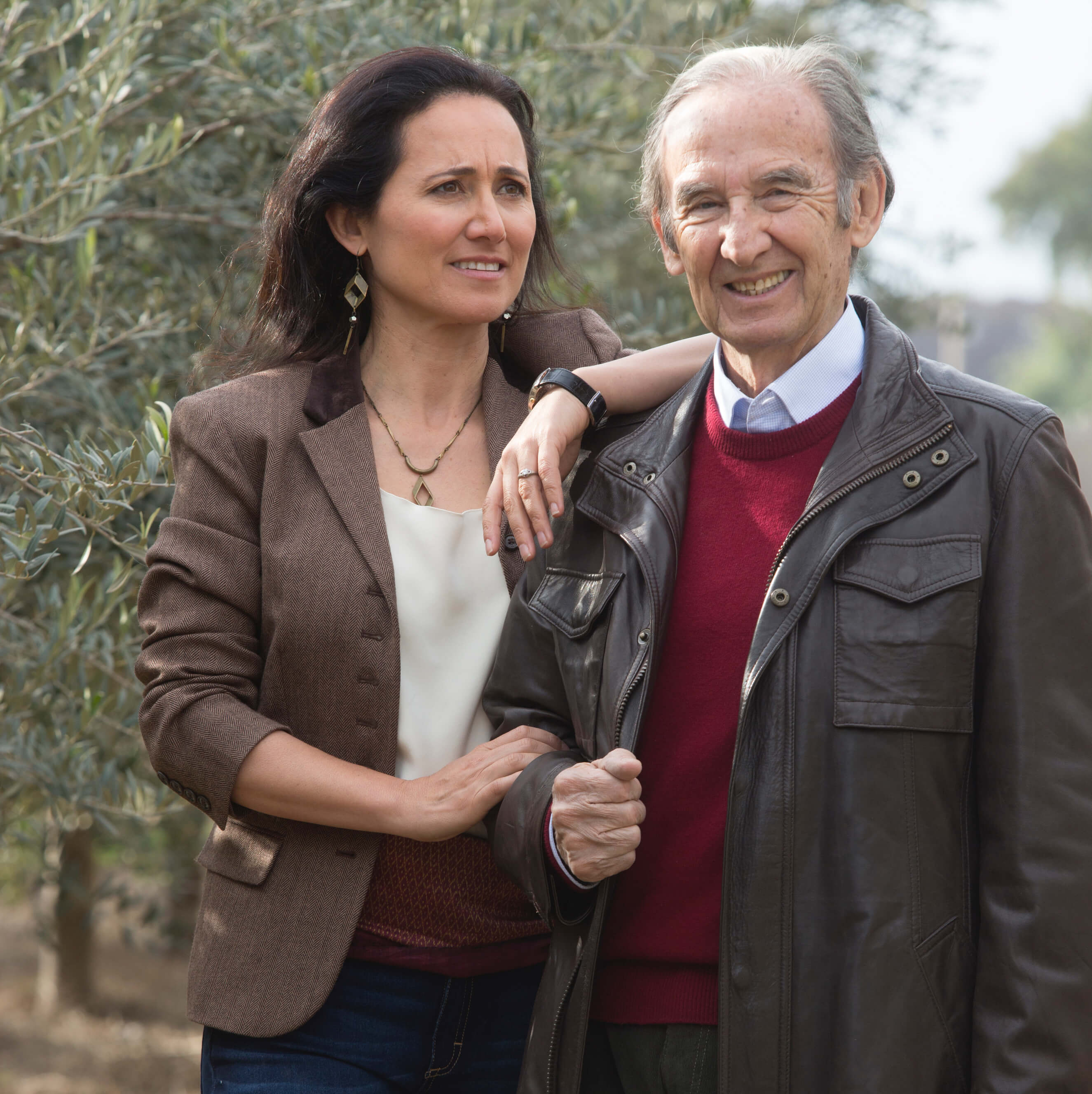 Continuing the family tradition, Nicolás was joined by his eldest daughter, fourth generation vintner Dr. Laura Catena. A Harvard and Stanford-educated biologist and physician, Laura founded the Catena Institute of Wine in 1995 to conduct groundbreaking studies on soil and climate, sustainable viticulture, and high-altitude winemaking. As research deepens, the institute has conclusively proven that physical, microbial, and chemical soil differences (i.e. terroir) are evident within short distances, giving origin to unique “parcel” wines with different flavors and aromas. 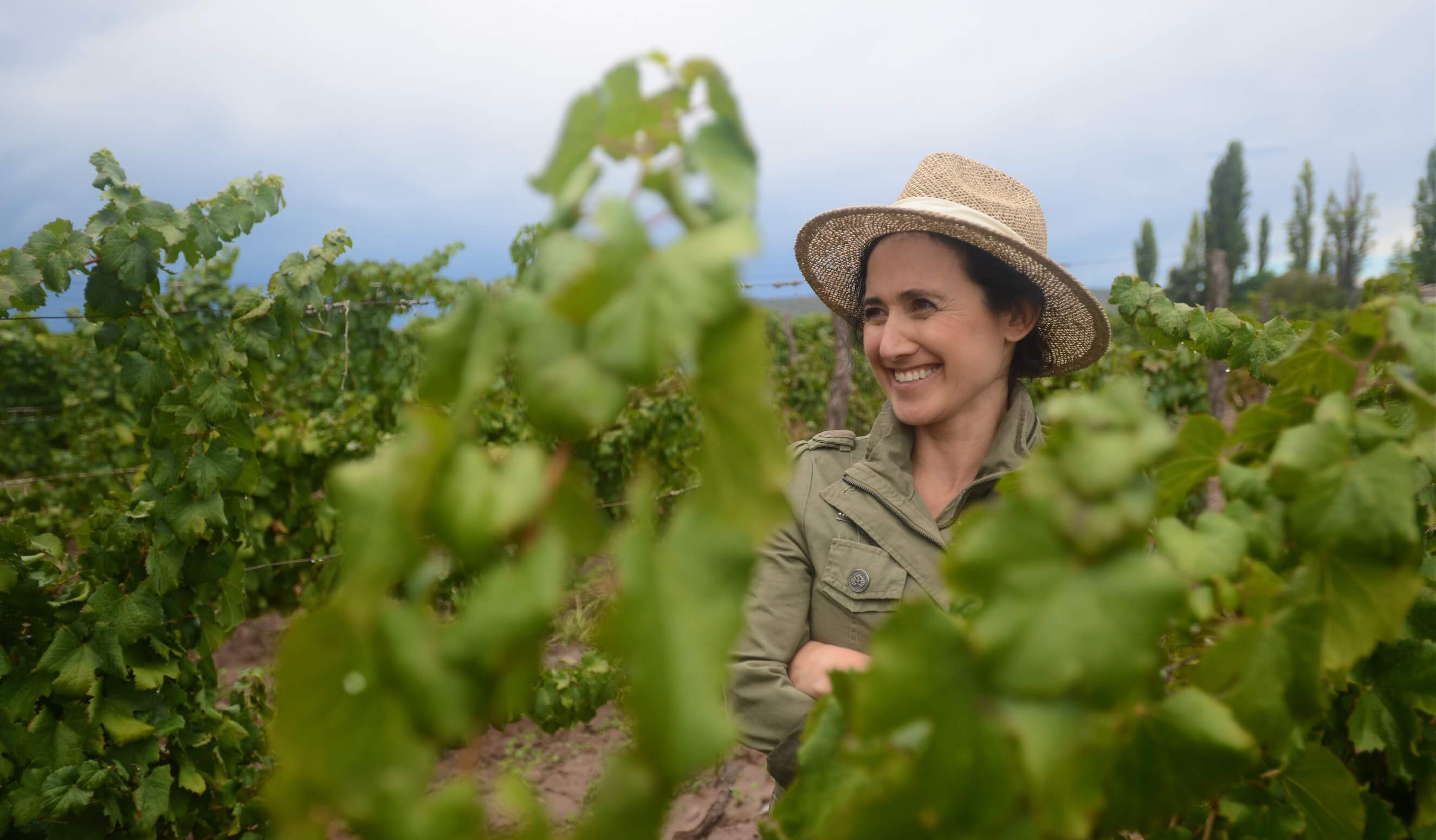 Dr. Laura Catena leads a team of scientists in a mission to preserve nature and culture.

Today, the family is most grateful to be making wine in the high-altitude vineyards of Mendoza, where Nicolás was told three decades ago that wine grapes would not ripen. Wines from the Catena’s Adrianna Vineyard (named after Nicolás’ youngest daughter) has already received five 100-point scores from the world’s most renowned wine critics. The vineyard has been called the “Grand Cru of South America.” 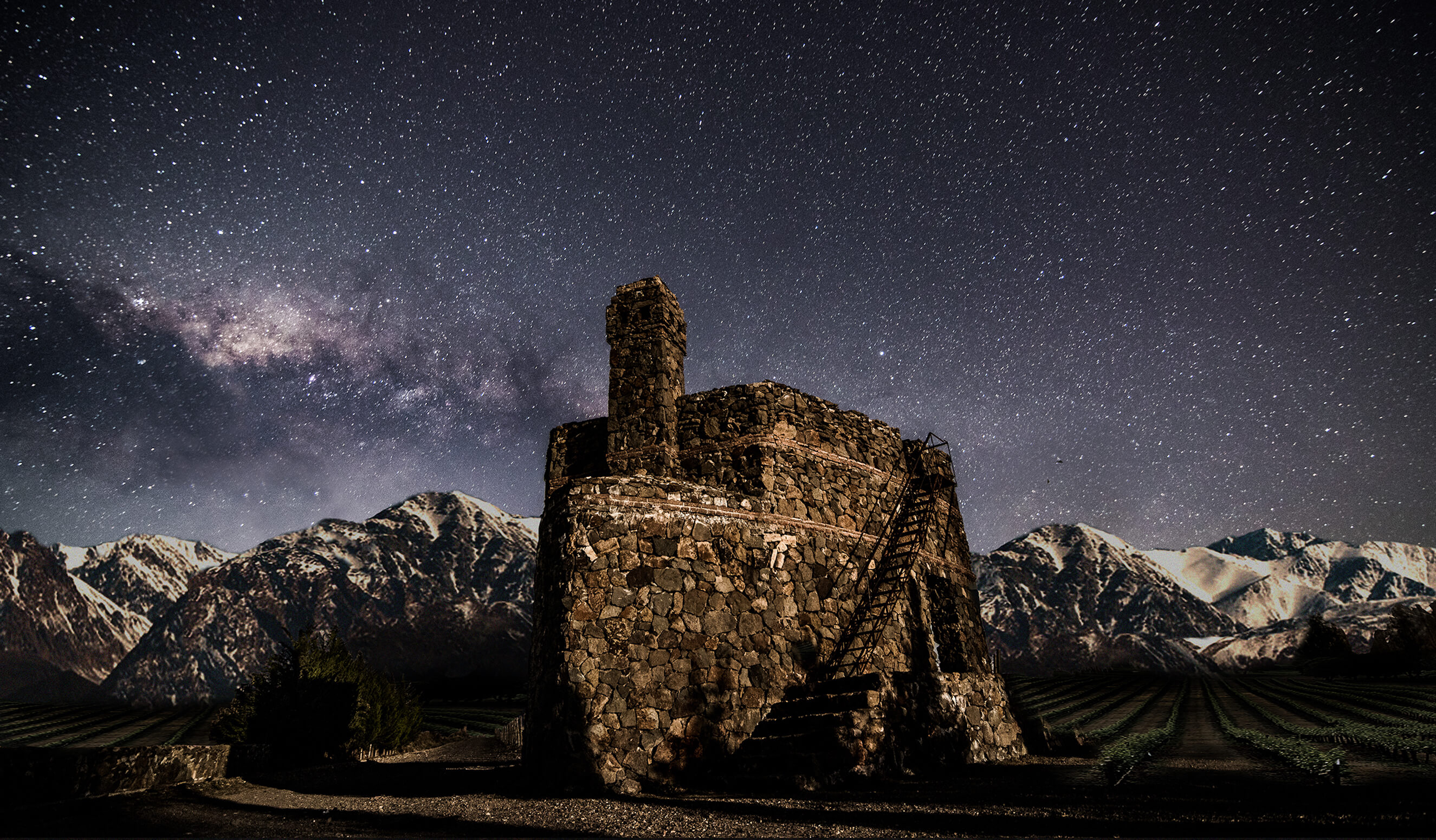 Catena Zapata has been graced with many awards for its leadership across the region and the world. Most recently named the World’s Most Admired Wine Brand of 2020 by Drinks International magazine, other honors include New World Winery of the Year (Wine Enthusiast magazine, 2010), Extraordinary Winery Award from Argentina (Michelin Guide and Robert Parker Wine Advocate, 2017) and Vivino’s Most Awarded Winery in the World (Vivino’s Wine Style Awards, 2018 & 2019), among others. 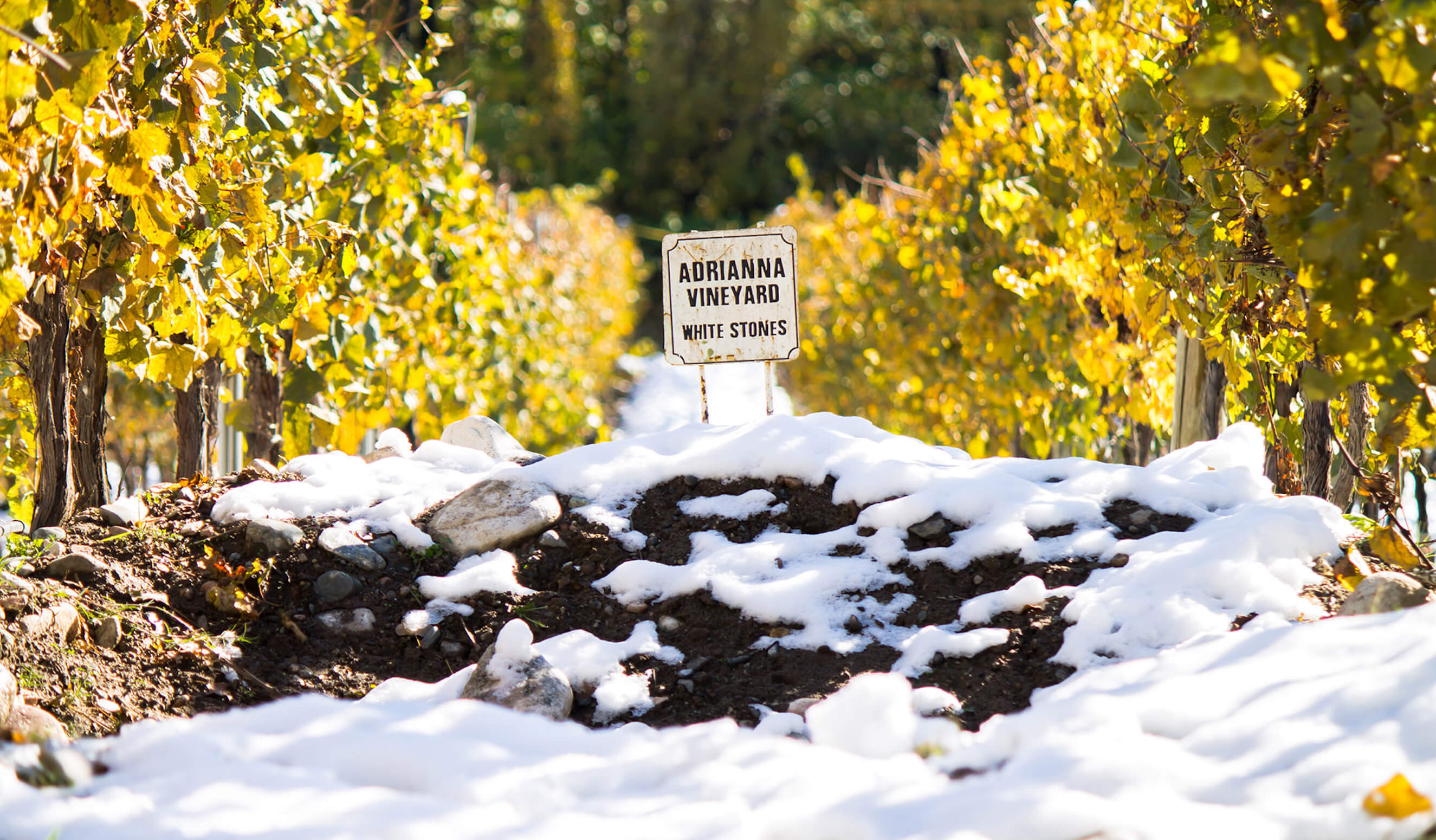 Snow cools down the intense sunlight that shines on Adrianna Vineyard.